Have you seen the new Disney Planes cartoon? I”ve seen bits and pieces, and it”s pretty cute! I have 3 boys, and my youngest just had a birthday. The theme he wanted? The Disney Planes!! So we went ahead and tried to execute it… and I think it turned out pretty cute! So I got to thinking, how neat would it be to have a Planes themed baby shower for a little boy?!!? 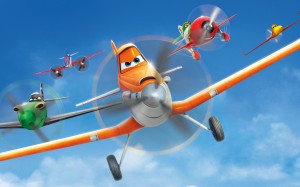 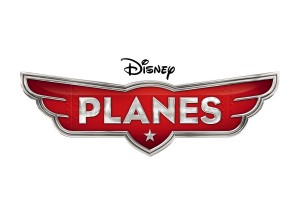 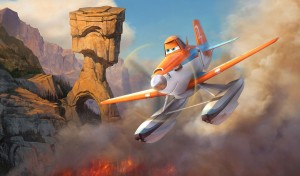 You can get really cute custom made baby shower invites on Etsy, or even make your own on-line for pretty cheat! My husband made the invites for our sons party.. and they were super cute and FREE!! For a baby shower, I”d use wording like “Fly on over, Don”t be late! We have a baby boy to celebrate!” or something to that extent. 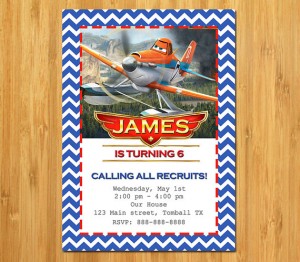 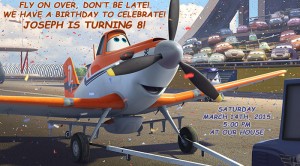 The main color scheme could/should be orange, blue, white & red. I didn”t want to spend too much money on all the characterized items, so I played around with the ideas to save money. For the tables, I used orange tablecloths that I got from Walmart for only 97 cents a piece. The plates were a cute teal/blue color. Cups were red. Napkins were white. So I pulled all the colors from the cartoon, and saved a lot of money. 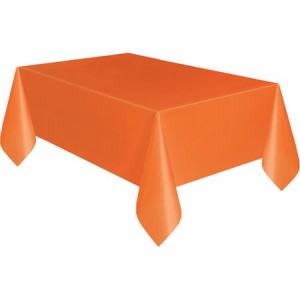 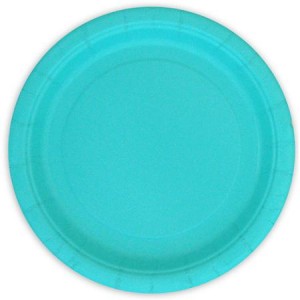 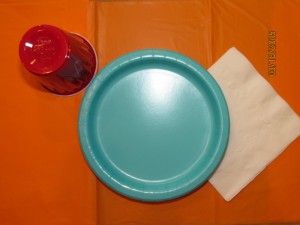 For the center pieces, I used the actual little toy planes that my son had (you can just buy a cute little set at Target & keep it for when the baby boy is old enough to play with them!) and I just tied two Mylar balloons to each. I chose blue & white for the balloons to look like the sky & clouds ; ) 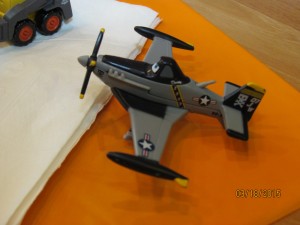 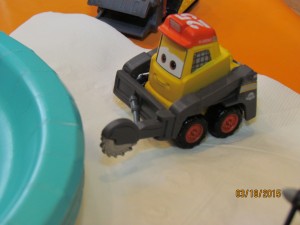 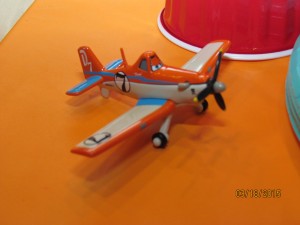 You can make your own baby shower sign, or order one from Etsy as well… Thankfully, it was easy for me to find a “Happy Birthday” Planes themed banner… a baby shower might be a tad bit harder to come across, but if you put your mind to it, it”s not so hard! My sister in law has a circuit machine that she”s pretty much a pro at using, so if I couldn”t find a sign that was ready to buy, I would just buy orange/blue colored paper and have her cut some letters out for me as well as some cute little planes!! 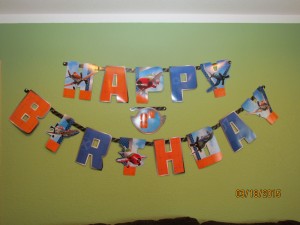 There are a lot of really adorable Plane themed food ideas out there, but with my large family and my tiny house… It just wasn”t realistic for me. But if you can go elaborate, more  power to ya!! If you can”t, I feel your pain. lol! So you could have a cute little drink station labeled “fuel up” or “jet fuel” and have some sort of punch or black tea there. You can also make adorable plane shaped cookies! Yum! Or how about a blue jello mixed with some whipped cream as sky & clouds? 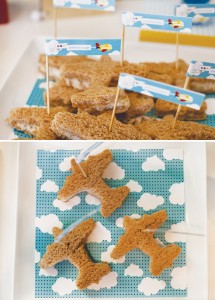 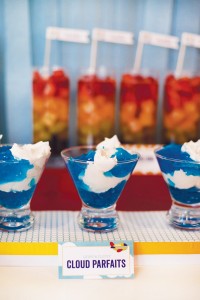 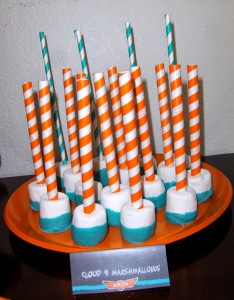 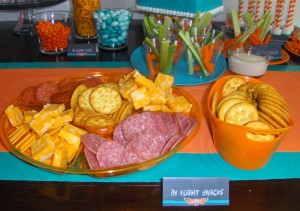 And the cake! I just LOVE fancy, festive cakes! Sadly, I didn”t order one for my sons party because he actually hates cake (I know! Right?!? Which kid hates cake? Well, mine does lol!) So he specifically requested Cranberry Bliss Bars (they”re one of my favorites too!) But I also went ahead and made some regular cakes for the guests to enjoy. It wasn”t all that appealing to the eye, but I think it tasted quite good! If I could go all out for a baby shower though, I”d totally order a beautiful Plane cake from some awesome bakery!! 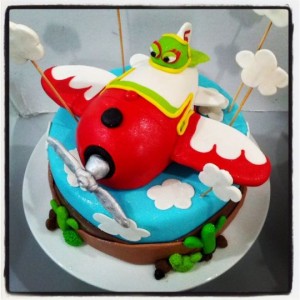 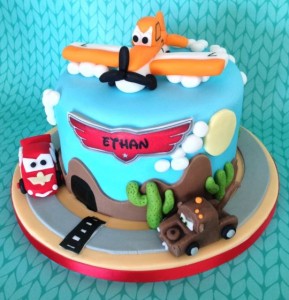 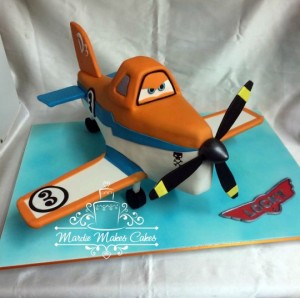 I don”t know if you”ve noticed yet, but I like to go big, but save money at the same time! Who doesn”t, right? So I suggest you try and throw a baby shower & decorate with things that can be reused/repurposed! Like those actual Planes toys as center pieces? Totally adorable! What about getting those huge letters from a craft store and decorating them with the Planes theme for the baby shower but then also using them in the nursery? Or maybe creating an adorable Planes themed wreathe? You could use that as decor for the shower, as well as for the room! I think the more you can “kill two birds with one stone” the better off you are!!

Another fun idea is saving the decorations from the baby shower and then reusing them again for maybe the 1st or 2nd birthday party. That would be very economical and cute!! So? Are you excited yet? Maybe you should watch the Disney Planes cartoon to get inspired a bit! I am not a cartoon person.. but I do LOVE all the beautiful vibrant colors that they tend to use now a days!

So if you do go with the Planes theme for a shower, I”d love to see pictures of it!!!

Disclaimer: Yes, I am going off of a birthday party… but this can be EASILY transformed into a baby shower.. just use this post as an idea 🙂