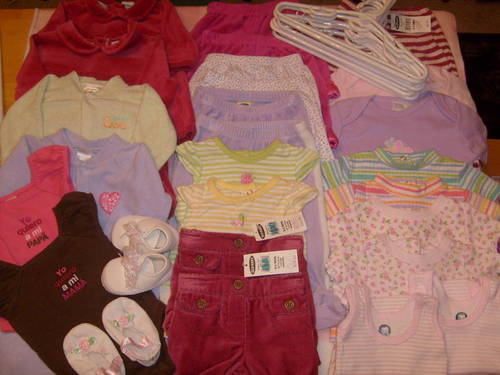 Sometimes, choosing the right baby shower present can be a challenge, and there are some gifts that you should never give an expecting couple. Spend some time, think about the expecting parents and what their style is, what they like. Consider the things you know they do not like and avoid them when looking for a present.

A good way to get ideas is to ask their friends and family. Find out what others are getting for them and try not to get the same thing. Make your gift unique but at the same time not too out there. Gag gifts are probably not going to be too welcomed unless you accompany it with a real gift. This may actually make things a little more fun.

This article will list some of the worst baby shower presents. These types of gifts are not always bad, in fact, in some cases they may be very appropriate, so use your own judgement. The ones that are listed here are just a guide for your reference. Diaper Genie: The concept of a magical trashcan that eliminates the foul odor emitted by a baby’s diaper sounds too good to be true and it is. The Diaper Genie claims that it will conceal the smell of a online casino baby’s diaper, but it doesn’t work as it claims it does; in fact, it’s a poor excuse for a wastebasket. Basically, if you want to give a memorable present, don’t get the Diaper Genie because it serves no function other than being a fancy trashcan. Fancy clothing: Baby clothing is okay to give as a present, but one of the worst gifts to give is formalwear. The reason why is because when a baby is too young, the chances are that he/ she won’t be wearing formalwear too often; therefore, you should give a more practical gift such as pajamas or maybe casual wear. Controversial Gifts: Never give out gifts that are passive aggressive, which means giving a gift that goes against someone’s believes or traditions. For example, don’t give the parents a baptism dress if they have told you that the baby won’t be baptized. The best thing to do is stay away from religious gifts unless you know that the person is okay with receiving a religious gift. Alcohol: Drinking alcohol is bad for a pregnant woman, so why would you give her a bottle of wine or Champaign? Alcohol is not a good idea for a gift, even if you know that the couple likes it. Clothing for 0-3 month old infants: Tiny baby clothing is adorable, but the sizes for babies 0-3 months old are outgrown very quickly; in fact, some babies don’t even fit in these sizes to begin with. A better option is to purchase larger sizes; perhaps for a six month old. Stuffed animals: When a baby is too young, the chances are he/she won’t be playing with a stuffed toy. As a result, the stuffed toy will probably be put in a bookshelf and collect dust, which can cause the baby to develop allergies. Overall, skip the stuffed animals when choosing a baby shower present. Gifts for the wrong gender: If the baby’s gender is undetermined, don’t give gifts that are intended for a particular gender. For example: don’t buy anything pink or blue or gender specific unless you know for sure what the baby’s gender will be. Dangerous toys: Don’t give toys that have small parts that can break off because they are dangerous for an infants and young children.